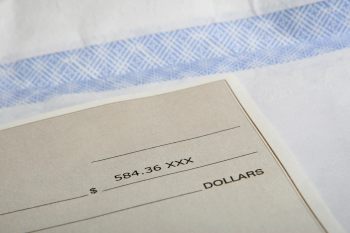 7 reasons why your term deposits could be your worst enemy

Term deposits are perhaps the most well-known type of investment. A term deposit is essentially an agreement with a bank to deposit a lump-sum for a fixed period, for the benefit of receiving a specified rate of interest. What’s little known are the risks and disadvantages of investing in term deposits - the seven points below explain how your term deposits could be your worst enemy.

Investors should beware of any automatic rollover conditions before they enter any term deposit. Matured term deposits may often be rolled automatically to a new term - however when this occurs, you may not get the best rate. Some banks have been known to offer a very attractive interest rate for the initial term, but once the term is completed, the rate for a similar term can be significantly less attractive!

To avoid this, ensure you’re very clear with bank rules regarding notification of when any term deposits are due to expire. There’s also no reason to feel obligated to keep rolling your money over with the same bank. Instead, ensure you compare term deposit accounts (including the rates on offer) and select one that is best suited to your needs. Investors are most often given a grace period during which time they can ask the bank to withdraw or transfer the money.

While the fixed rate of return on term deposits can be an advantage, this can make term deposits particularly vulnerable to inflation.

In the simplest terms, the value of a term deposit can be eroded if inflation increases quickly. Even low inflation can be disastrous to your term deposit returns, as further explained in point three below.

Despite the lack of guarantee in New Zealand, most commentators still agree that a term deposit is still one of the safest investments available. However, this security comes at a price - low returns. After tax is paid and a steady rate of inflation is also accounted for, in some cases the return on a term deposit may even be negative!

Because of the low returns, over the long-term essentially every other type of investment is expected to outperform term deposits. Over many years, this could be an extremely costly price to pay. Ironically, over long periods of time, those who have sought the security of term deposits may be less financially secure than those who invested elsewhere, into investments that offer greater investment return.

Concentrating your investments is the opposite to the well-known investment principle of diversification. Banks have been typically perceived as a safe place to hold funds, however this needs to be taken with a grain of salt.

So far, New Zealand and Australia have avoided severe financial crises like the Asian financial crisis of the late 1990s and the more recent Global Financial Crisis (GFC) of the late 2000s. Despite this, we haven’t been entirely immune to shocks, and in 1990 the largest bank in New Zealand at the time, Bank of New Zealand (BNZ), had to be bailed out by the government. Even more recently, more than 50 finance companies that failed between 2006 and 2012. This cost many investors large amounts of their retirement savings.

If one of the major NZ banks gets into financial trouble, many assume that the taxpayer will come to the rescue just like they did in 1990 for BNZ. However, since the GFC, many countries (including New Zealand) have developed policies that enable even large bank failures to be handled in ways that minimise the chances of a taxpayer bail-out. This is by forcing shareholders, then creditors (including those with deposits) to absorb losses. The Reserve Bank's Open Bank Resolution policy is designed to enable bank failures to be managed in this way.

A survey conducted for the Financial Markets Authority in 2014 revealed that most respondents thought that New Zealand bank term deposits come with a guarantee. The truth is that New Zealand is the only OECD nation to not have such a guarantee of some description. Therefore, deposits in New Zealand banks receive minimal protection. This lack of guarantee means that if your bank fails, your funds are at risk of either total lock out or being partially frozen.

(Interestingly, this is quite different to most managed investments. For example, even in publicly offered KiwiSaver Schemes, investors' funds must be held in trust, entirely separate from the provider. This means that if the KiwiSaver provider's business was to get into difficulty, investors' funds would be ‘ring-fenced’ and protected from the trouble. Then the trustee could step in and appoint a new manager for the funds).

Even if you’re entering a term deposit with the best intentions and are mentally prepared to lock away your funds to gain a small return, changes in life do occur. This could be an unforeseen expense such as dental treatment or car repairs, or it could be an opportunity – such as a family member with a small, successful business asking if you’d like to invest in order to help fund expansion.

Policies on this vary by bank, though it’s common for a bank to forfeit the interest you have accrued if you break a term deposit before the term has ended. Some banks have other penalties and implications.

If you’re entering a term deposit, reading all the fine print and being aware of what an early exit will cost you – or whether it is available – will help you make a more informed decision before you commit your hard-earned funds for a set period.

As nearly every other type of investment is expected to outperform term deposits over the long run, there is a huge opportunity cost if you are investing sums to achieve mid- to long-term goals with term deposits.

This means that opportunities are being missed elsewhere as a result of tying sums up in fixed terms with the bank. These opportunities could include a wide range of other investment opportunities - for example, KiwiSaver and managed funds (like KiwiSaver but without the strict withdrawal criteria), investing in property, shares and bonds and for those nearing retirement, a variable annuity.

The graph below shows different growth paths of a $10,000 investment made in late 2010. The black line shows reinvested rolling six-month term deposits, while the other lines show a range of different managed fund investment choices.

While acknowledging that past performance does not indicate future returns, the graph above shows quite clearly that anyone investing solely in term deposits over this period has achieved a significantly lower return than if they’d invested in a diversified manner elsewhere.

While term deposits remain a comparatively safe option, especially if funds are needed for the next two or three years, keep in mind their significant risks and drawbacks:

How the rich spend their money

Ever wondered how the rich spend their money? Here at Become Wealth, our advisers see such a wide range of people that we understand the spending habits of a wide range of New Zealanders – including the rich. To help you replicate the habits of the rich, here are seven ways the wealthy spend their money. For those of you wondering what’s so great about being rich after all, scroll down to...

When Otto von Bismarck launched the first state pension in Europe in the 1880s, only one percent of the German population lived to collect it. Qualification for payment was carefully set at 70, the founder of the world’s pioneering welfare state had done his sums and knew this wouldn’t cost much: because 99 percent of people didn’t live that long! Fast forward to modern-day NZ, and the number...

Gym memberships are a waste of money

“Getting more exercise” is routinely the most common New Year’s resolution. However, while joining a gym may seem admirable, it is generally one of the worst investments you can make. The reasons for this are deeply embedded in the way all humans make and keep commitments to ourselves, the business model of the fitness industry, and even behavioural economics. But before we get into all that,...