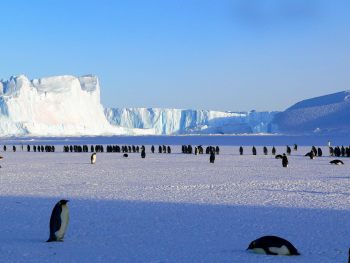 An investing story from Antarctic explorers

What the heck can investors learn from a race between Antarctic explorers? – 3 incredible lessons

But that’s about where the similarities end.

What the heck has that got to do with investing?

The direct race between these two expeditions, and the major differences in their approach has many surprising similarities to investing. Let’s take a closer look at the top three investing lessons these explorers can offer us.

(Naturally, no harm or judgement is intended with the comparisons).

Lesson 1: Plan, prepare, and learn from the experts

Coming from Norway, a country that’s half covered by the arctic circle of the North Pole, Amundsen hired a team who’d all skied since an early age and included a ski champ as the frontrunner. Despite this, Amundsen was still humble in this area, and he spent years learning from those who knew even more about living and thriving in snow and ice than Norwegians do – Eskimos (Inuit). He immersed himself in their culture and developed skills including dog sledding, how to hunt for seals, kayak, and ice fish. Amundsen even took to wearing the clothes of the Inuit – generally loose furs and animal skins which wicked sweating moisture away from the body.

In contrast, Scott’s British team had more expertise in naval operations. Before the expedition a few of them began to learn to cross-country ski, but this wasn’t compulsory. In Scott’s diary, well into the journey he wrote "Skis are the thing, and here are my tiresome fellow countrymen too prejudiced to have prepared themselves for the event". Scott’s team were dressed in woollen and windproof clothing, and regularly complained of the cold – though no complaints were made in the fur-dressed Norwegian team. Scott's team suffered regularly from snow blindness and sometimes this affected over half the British team at any one time. By contrast, there was no recorded case of snow blindness during the whole of Amundsen's expedition. On the return journey, Amundsen's team rested during the "day" (when the sun was in front of them) and travelled during the "night" (when the sun was behind them) to minimise the effects of snow blindness.

Reflecting the planning undertaken, the food intake of each expedition also played a major part. With the full benefit of hindsight, the rations of both teams could be analysed in detail:

Amundsen was the underdog. His expedition had left Norway in secret in the dead of night. In contrast, Scott’s lavishly funded expedition departed the UK with much fanfare.

Perhaps the most critical skill Amundsen had learned from the Inuit was how to dog sled for a long distance over a sustained period of weeks and months. This included how much weight a certain-sized team of husky-type dogs could pull, for how long in a day before they tired. Amundsen’s approach was simple and effective: the Norwegian team would cross country ski alongside the sleds the dogs pulled.

Scott’s British team had an entirely different transport plan. It was complex, and that made it vulnerable. It depended in part on motor-sledges (an early form of tracked tractor), ponies, dogs, and southerly winds to assist the sledges which were fitted with sails. Half of the distance was intended to be covered by man-hauling sleds, and sails whenever conditions permitted. Man-hauling meant men on foot dragging the sleds laden with food and tents etc. The complexity of these arrangements had many issues, including:

Scott made unnecessary and unexplained changes to his plan, including adding another team member to make the final leg of the journey without appropriate resources, such as sufficient tent space to accommodate him, or issuing inconsistent or contradictory orders. Several other areas could have made all the difference for the British, including having more suitably qualified navigators – Scott had one, while five out of Amundsen’s team could navigate.

Both the Norwegian and British teams used the same prefabricated sledges on the trip. However, one of the Norwegians was a carpenter, so during the trip from Norway to the Antarctic reportedly managed to reduce the weight of each sledge from 88kg to 22kg without significantly reducing their strength.

Things weren’t all easy for the Norwegians though; before the main expedition departed, they had issues with their boots, and Amundsen had a major falling out with one of his team leaders.

“With sufficient planning, you can almost eliminate adventure from an expedition.” Roald Amundsen

The British struggled to make consistent progress with their various methods of transport, finding man-hauling to be brutally hard work. When storms occurred, they might wait several days for it to pass.

Scott also had to fight with a shortage of fuel due to leakage due to the cold, which reduced the effectiveness of the fuel container caps and allowed fuel to escape. This is a bigger issue than it may sound, as in the arctic, fuel enables heating of tent interiors, cooking, warming up with warm drinks, and melting of ice and snow to cook and drink – which takes a lot of fuel. Due to the abundance of ice and snow, the food carried is low on water to save weight. Scott’s team reportedly knew of the leakage issue but took no measures to prevent it. Scott’s supply depots for the return journey were infrequent, and only marked with a single flag – making them difficult to find considering the large distances and snow. The British team struggled to find depots on the return route, which was a source of concern. Their lacklustre rations made them all lose weight, which further slowed progress as Scott’s team became weaker and more vulnerable to cold, especially on the return trip. (In fact, in a carefully planned re-enactment of both Scott and Amundsen’s trips in 2006, sponsored by the BBC, the British team had to abort due to severe weight loss of all members).

In contrast, Amundsen’s preparations enabled the Norwegians to operate with merciless levels of efficiency:

Norwegian preparation paid off, and with their ample rations and fuel the Norwegians all gained weight during the expedition.

The outcomes of the two expeditions were:

The top three lessons investors can learn from these teams are:

Treat yourself without big cost

The 21 best ways to treat yourself without going broke

Why are credit card interest rates so high?

& three things you can do about it.

How to get into your first home

When you start thinking about buying your first home, it can feel really overwhelming. Everyone gives advice, like your well-meaning aunty, friends, family, and Sharon on the front desk...