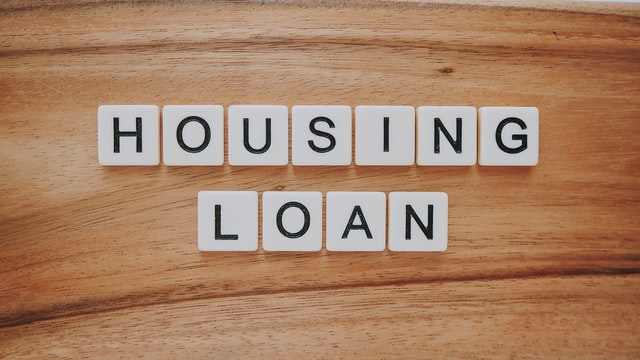 What is a non-bank lender?

Could a tier 2 lender help you get on the property ladder?

Once upon a time, heading straight to a bank was the go-to solution for anyone who wanted a mortgage.

This is changing fast, especially on the back of changes to the Credit Contracts and Consumer Finance Act (CCCFA), which came into force on 1 December 2021. This law requires lenders, including banks, to scrutinise borrowers far more rigorously than in the past. While more changes to the CCCFA have been announced which are likely to reduce the severity of the impact of the legislation, they’re still yet to take formal effect so the law remains in full force. There are numerous stories of people who have been loyal to a mainstream bank for many years, but who have then been rejected lending from that same bank for as little as a $5,000 top up to an existing mortgage to do a small renovation. These clients have then instead gone to a finance company and got a loan with a 45% annual interest rate instead!

The CCCFA has also led to many people being declined mortgages because of minor transgressions, such as spending too much on incidental items, while more borrowers still have had pre-approved mortgage lending refused to be extended due to the law changes and other policies.

What is a first-tier lender?

First-tier lenders are banks such as ANZ, BNZ, Westpac, Kiwibank, ASB, TSB, and so-on. Typically, these banks will closely align their interest rates based on a rate set by the Reserve Bank of New Zealand and with what they can obtain from other banks overseas.

Non-bank lenders are often called second-tier lenders. They include lenders who are in the business of providing finance but aren’t the traditional registered banks like those included above. Non-bank lenders include building societies and credit unions.

Both banks and non-banks will lend you money to purchase a residential property. That could be for you to live in yourself or as an investment.

In some cases, non-bank lenders can be an option for first home buyers. For instance, people who have been narrowly declined borrowing from a mainstream bank might be able to secure lending through a non-bank lender using benchmarking to assess their expenses, rather than bank statements. This benchmarking model enables at least one second tier lender to avoid unnecessary hurdles and provide loans in a climate where it was becoming harder to buy a house.

For property investors, second-tier lenders can offer loans to help buyers secure a mortgage with a lower deposit. The main difference between first and second tier lenders is the acceptable deposit for a property loan. Banks typically expect a 40% deposit for an investment property, while non-bank lenders can require as low as a 20% deposit on a case-by-case basis. This can dramatically change matters for a property investor.

Interest only loans are still freely available with second-tier lenders too. This can make a major difference to cashflow for some property investors. Right now, one second tier lender is even approving interest only for 20 years at a time as opposed to the maximum five years a first-tier lender can do.

Self-employed or other circumstances

Second-tier lenders can also have more flexibility when encountering situations such as the self-employed or even those with an adverse credit history. This makes the property market more accessible.

There might also be upfront lending fees to pay, and you won’t get offered the same high cash contributions as main bank lenders (“cash back”).

Traditionally, the higher costs of borrowing from non-bank lenders have been a deterrent for borrowers but, fortunately, the gap had narrowed in recent years and now many of their rates are competitive with tier one lenders.

In the past, some people had the perception that second tier lenders were second-rate, or even a little ‘dodgy’. However, over recent years non-banks have begun to shine as an alternative to banks. They are well-regulated, and increasingly widely used.

Unfortunately, non-bank lenders are still subject to the same broad requirements as the banks, and have the similar problems with the prescriptive, one-size-fits-all approach of the recent changes to legislation. Another way of thinking about this, is second tiers tend to take a ‘one risk at a time’ approach, for instance, they may lend to someone with an adverse credit history, but then deposit and income must be strong to offset.

This means they might not be able to fully step into the void filled by the lack of tier one lending, and certainly aren’t able to solve every last person’s mortgage woes!

For many, simply getting on the property ladder (as a first home buyer, or with an investment property) is the biggest hurdle.

So, one tactic that can be used is obtaining lending with a second-tier lender and staying with them for a couple of years. After those couple of years have passed, there might be one or more reasons why the borrower can now meet the criteria of mainstream banks, and so shift the lending to a bank instead to benefit from slightly lower interest rates. These reasons might include:

• The borrowers’ income has improved

• Financials can be provided for a newly started business

• A credit default has fallen off a person’s credit check (that is, a historically unpaid debt has become so historic that lenders are no longer concerned about it)

• Equity has been built up in the property, from repaying some of the lending and/or perhaps combined with an increase in value of the property

Non-bank lenders are becoming more mainstream and can be a great solution for those who might not otherwise be able to obtain lending.

If you’re in a unique situation, or think you’ve narrowly missed out on obtaining lending, a second-tier lender is certainly worth exploring.

If you’d like to speak with one of our mortgage advisers (mortgage brokers) about anything above, or anything else home-loan related, it’d be our pleasure to assist. Just get in touch.

From October 1, new builds could retain interest deductibility for 20 years

How to avoid lifestyle creep

Lifestyle creep is one of the deadliest financial traps in modern life – worst of all, it can sneak up without you even noticing. Here are 6 ways you can avoid it.

How to avoid scams