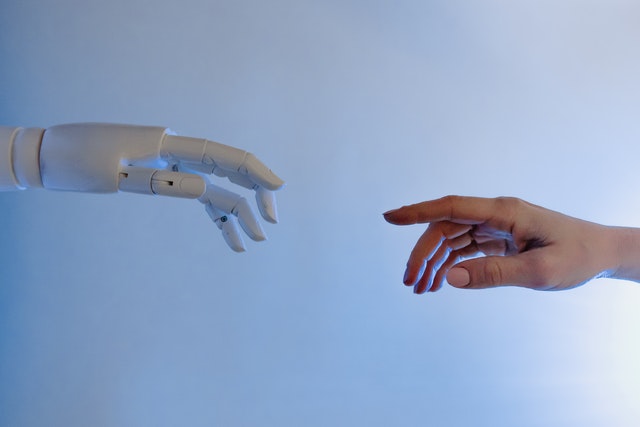 The Fourth Industrial Revolution and Your Finances

What Technological Disruption Might Mean for Your Career and Finances

With the rapid rise of the internet, quantum computing, virtual reality (VR), artificial intelligence (AI), and more, it would be a brave person to suggest we didn’t stand in the midst, or at least on the verge of a major global transformation. Many have called it The Fourth Industrial Revolution. Indeed, the World Economic Forum has stated:

“We stand on the brink of a technological revolution that will fundamentally alter the way we live, work, and relate to one another. In its scale, scope, and complexity, the transformation will be unlike anything humankind has experienced before. We do not yet know just how it will unfold...”

The Industrial Revolution we’re probably all familiar with started in Great Britain around the late 1700s and rapidly spread to Europe and North America.

This industrial revolution saw the steam engine mechanise production, and enable railways to transform the transportation of people, raw products, and finished goods. Mechanisation led to agriculture being replaced by manufacturing as the backbone of most large economies.

The output of all kinds greatly increased, and one result was an unprecedented rise in population and the rate of population growth. People also began moving from rural areas to cities.

From about 1870 onwards, electric power began to create mass production. Along with oil and gas, it was the invention and adoption of the internal combustion engine that helped production and transportation reach new highs.

Medical advancements such as antibiotics dramatically extended life expectancy in most countries, while widespread adoption of refrigeration transformed what we eat.

Commercial aviation meant ordinary people could get to the other side of the world within a day.

Energy sources have begun shifting to renewable sources, but the true change is the acceleration of the internet, robotics, virtual reality (VR) and artificial intelligence (AI). These changes have led to what many have labelled a whole new industrial revolution. Consider:

• Widespread adoption of cellphones has occurred in the last 20 years and smartphones only over the last 10. The possibilities of billions of people connected by mobile devices, with unprecedented processing power, storage capacity, and access to knowledge, are unlimited

• When compared with previous industrial revolutions, the Fourth is evolving at an exponential rather than a linear pace. Moreover, it is disrupting almost every industry in every country

What does all this mean for your investments?

As investing is forward-looking, the investment world is already transformed, and investors try to make sense of what above means for the future. Don’t believe us? Consider the following:

• The biggest hotelier has no real estate

• A well-known currency isn’t backed by a government

• A huge retailer has nearly no stores

• Another massive retailer has no inventory

• The most popular video source has no studio, no stores, and creates no content

In the future, technological innovation will also lead to a supply-side miracle, with long-term gains in efficiency and productivity. Transportation and communication costs will drop, logistics and global supply chains will become more effective, and the cost of trade will diminish, all of which will open new markets and drive economic growth.

What does all this mean for your career or finances?

Like the revolutions that preceded it, the Fourth Industrial Revolution has the potential to raise global income levels and improve the quality of life for populations around the world. It also has the potential to displace workers and increase inequality as robotics substitutes many traditional jobs.

Of course, plenty of new jobs will be created too. For instance, just a few short years ago nobody thought you could make a robust living by being an influencer, Airbnb host, drone operator, or podcaster!

Technology is one of the main reasons why incomes have stagnated, or even decreased, for much of the population in high-income countries. The demand for highly skilled workers has increased while the demand for workers with less education and lower skills has decreased (these roles can be more easily filled offshore, or by technology). The result is a job market with a strong demand at the high end and some low-end tasks which can’t be easily automated (like picking fruit without bruising), but a hollowing out of the middle.

The Bottom Line: The Fourth Industrial Revolution and Your Finances

The Fourth Industrial Revolution will change not only our finances and investments, but what we do and who we are. It will affect our identity and all the issues associated with it: our sense of privacy, our notions of ownership, our consumption patterns, the time we devote to work and leisure, how we develop our careers, cultivate our skills, meet people, and nurture relationships. It is already changing our health and leading to a “quantified” self, and sooner than we think it may lead to human augmentation. The list is endless because it is bound only by our imagination.

If you’d like to chat with a trained professional about anything above related to your finances or investments, it’d be the pleasure of our team to assist, simply get in touch.

The benefits of using a mortgage adviser (mortgage broker)

Using a mortgage broker is increasingly becoming a no-brainer, here are six reasons why.

2016 saw New Zealand named the world’s best place to live as ranked by the Legatum Prosperity Index. This has now been followed by the Credit Suisse Global Wealth Report that ranks New Zealanders the fifth richest people in the world. New Zealand has leapfrogged the UK, Singapore and Belgium to be fifth. The Swiss remain the world’s wealthiest at $US562,000 total household wealth, ahead of...

How spending money on others can make you happy