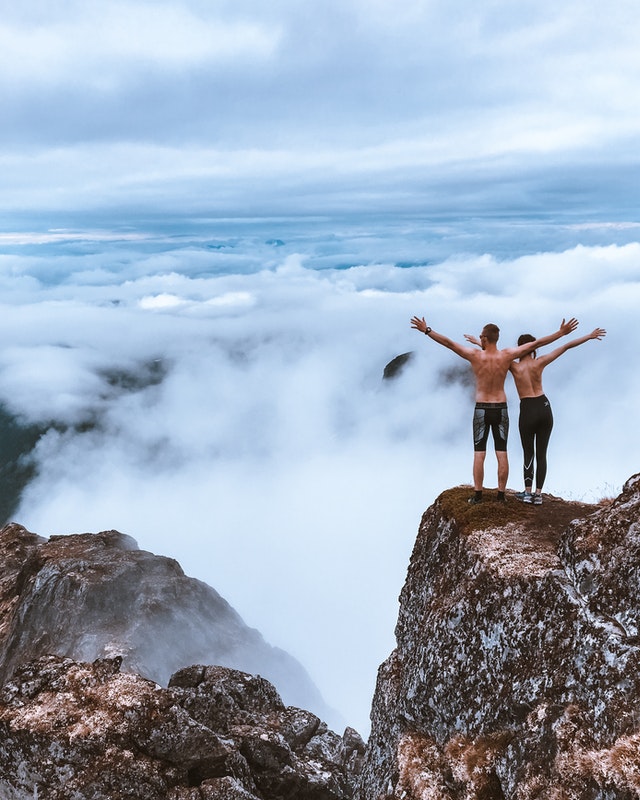 Here’s the best five pieces of financial advice to help change your life. These are collated from those who’ve “walked the talk”

Multimillionaire author and speaker Jim Rohn famously said that we’re the average of the five people we spend the most time with. The principle is that the more quality time we spend with good people, the more pearls of wisdom we begin to hear from them, then the more wisdom we implement in our own lives. Here’s some of the best financial advice you’ll ever hear, collated from experts including former US Presidents and self-made multi-millionaires.

Most of you will be familiar with Benjamin Franklin, who was a former US President and one of the ‘Founding Fathers’ of the US. However, what people often don’t know is that he was also a scientist, author, and investor. In fact, he was such a wise investor that a year before he died, he gifted both cities of Boston and Philadelphia 1000 pounds each to be used for the common good. However, both cities had to keep it in a fund for 100 years. After that, they received part of the amount. The remaining amount would be given to the cities after 200 years.

At the time the idea seemed ridiculous. People didn’t realise how much money the 1000 pounds would be worth one or two centuries later. But Benjamin Franklin was a very smart man and knew the power of compound interest. After the first 100 years, Boston already accumulated an amount of 131,000 pounds and 200 years later, it turned into 5 million dollars. Philadelphia only made about half that much, but that’s still a lot!

This shows just how important the aspect of time is. While we don’t have 100 or 200 years, this still proves that if you start early, it will pay off.

2. Grant Cardone: Be careful who you take your advice from

Are you taking advice from your friends, or perhaps your parents or another relative?

A lot of well-meaning people take advice from everyone around them. They listen because what they hear sounds correct and usually comes from a source with good intentions. The issue is that a lot of this well-meant advice may be outdated, wrong, too conventional, or outrageously unconventional! Worst of all is when you receive average advice that isn’t aligned with who you are or where you want to be – i.e. your goals.

‍“Cut out all outside sources that are not aligned with your purpose. Don’t take the advice. If you have a purpose and are ethically working towards your mission, get rid of outside influence not in agreement with your purpose.”

‍This means controlling the environment around you by ensuring that the advice you receive is from worthy, highly experienced sources with a proven track record.

Personal financial guru Suze Orman is sometimes credited as the first financial professional to spread word of the concept ‘Pay yourself first’. The underlying plan is that when you receive your regular income you first set aside funds for investing (i.e. your future self), and only then spend the remainder. If you know how much money you get every month or fortnight, and you know what bills you will be receiving, you can also decide what you want to save and invest. Or, as Suze would say, how much you can pay yourself before everything else.

This automated method means you can save and invest a lot more than just saving and investing whatever’s left over at the end of the month.

4. Warren Buffett: “The best education you can get is investing in yourself, and that doesn’t mean college or university”

Nobody can take away what you've got inside yourself, and everybody has potential they haven't used yet. Investing in yourself can’t be taxed, and inflation can’t erode it.

Your potential is something that will help you have a more interesting life, and there is always no better time to work on yourself than today. Practically, this could mean learning a new skill to increase your earning power, becoming more financially educated, or developing an area of weakness and turning it into a strength.

Buffet has said that you can exponentially increase your potential "by simply being able to communicate better" and "enhancing your talents… Address whatever you feel your weaknesses are, and do it now,” he says.

Of course, once the improvements in your skills, knowledge, and attributes start generating you extra income, all that extra surplus can be committed to more measurable investments.

Tony has wisely mentioned research that showed that the best investors are those that are either dead or forgot that they had investments. Such research proves that you don’t have to be active or good to be a great investor, instead you just have to be in the investment markets.

And yes, there have been financial catastrophes, and yes, people have lost money. But if you look at it from a historical viewpoint, the market has always grown. Many people ‘lost’ the value of some investments during the 2008-2009 global financial crisis, but if you were invested then and stayed invested you would have earned all your losses back by now, plus plenty more! However, you do have to stick with it and only use money that you really don’t need for anything else. That way, you won’t be ‘forced’ to withdraw funds from an investment at an unfavourable moment.

To recap, the best five pieces of financial advice to change your life are:

What is buy now pay later?

“Buy now, pay later” (or BNPL, as the cool kids say) services are becoming more and more popular at checkouts all over your favourite websites. BNPL is taking younger generations by storm, but how is this different to using...