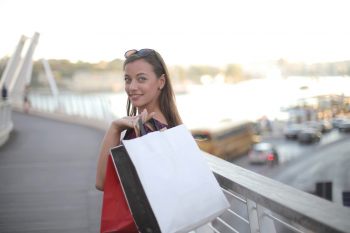 According to Robert Kiyosaki, famous author of the groundbreaking bestseller Rich Dad Poor Dad, the parents of millennials need to learn that financial struggle is necessary for success.

Kiyosaki has highlighted the scourge of those who define adulthood as financial independence yet still have to rely on their parents for monetary support, even well into their 30s. Whether it be student loans, home deposits, or living at home because of credit card debt, parents of millennials are footing the bill—or at least significantly helping pay down—for their kids’ big debt costs.

But it’s not just millennial debt these parents are helping with. Parents are helping with all ranges of millennial finances. In fact, a recent study covered by “USA Today” found that seven out of 10 US millennials had received financial support from their parents within the last year, and the team here at Milestone Direct think the data would be similar, or even worse, in New Zealand. From USA Today:

Parents most often help foot the bill for everyday expenses, such as their adult children’s cell phone and service plan, and food and groceries. But they also support their children in bigger ways.

A quarter of all young adults have moved back home, while a third get help with rent or mortgage payments. Two in five who own homes got down payment [home deposit] money from their parents, according to the survey.

Four in five millennials don’t feel guilty, but rather grateful, for their parents’ support. Most young adults view it as a way to get ahead in their early years, but almost two-thirds say the help could make them too dependent the older they get.

Why do parents help with millennial money matters?

On one level, Kiyosaki can understand this impulse. Parents naturally love their children and want to help them start life on the right foot. The high levels of debt that many young people have, along with low salaries and NZ’s high living costs can make it tough for them to get ahead.

It’s clear, however, that putting up so much money for millennial kids is having an impact on parents. One US-based therapist, writing for CNBC’s “Make it”, says the number one complaint of parents coming to him for counseling is the lack of financial independence of their children.

To illustrate, one mother explained how much she loves her 30-year-old son. She and her husband paid for his university living expenses, but now felt the pressure to help pay for his post-grad tuition. While they aren’t wealthy, they also don’t want him to worry about future debt.

A couple in their mid-50s lamented the fact that their daughter, who is 28 and has a full-time job, was planning to quit her job because it didn’t align with her passion. “She’s moving back home this summer,” the mother said, “but doesn’t act like an adult or want to help pay for anything at all. How will she be able to handle future challenges on her own?”

Feeling as though he’d failed as a parent, a single father told me he’s still paying for his 32-year-old son’s car insurance, rent, grocery expenses and cell phone bills. He worried that if things didn’t change, he’d have to dip into his retirement savings.

As a result, parents are starting to feel a mix of frustration and fear ― not just for their adult children’s future, but for theirs as well. (According to a recent Bankrate survey, 50% of American parents said they are sacrificing their own retirement savings in order to help their children.) While NZ research is hard to come by, given our high housing and living costs things could well be worse here than in the US!

It’s clear that many parents are stressed about continually forking out money for their millennial children, and that in many cases these young adults are fully capable of helping themselves. So why do they do it?

According to Kiyosaki, there’s no doubt about the growing millennial money struggles, but he also believes that too many parents have internalised this reality as somehow their fault or something they should be responsible for. As a result, parents might feel compelled to help their young adult children financially even when it puts their own finances at risk.

They think they are helping their kids, and it’s understandable. But it’s also foolhardy. Kiyosaki is a firm believer that footing the bill for your adult kids actually hurts them more than it helps them.

Kiyosaki recounts how his own struggles helped teach him what not to do the hard way. After some poor business decisions Kiyosaki found himself $1 million in debt (a lot more back then!) and how he worked harder and smarter to build a new business, at times living in his car to make ends meet. Through the tough times he found clarity, a sense of purpose, and learned how to make short-term sacrifices to get what he wanted.

The $1 million debt was eventually repaid, and he built a successful business. Along the way, Kiyosaki and his wife learned invaluable lessons not just about money but also about themselves. These are the same lessons that millennial parents rob their adult children of when they so readily help them get out of debt and give them money with no strings attached.

Give someone fish, or teach them how to fish?

As a variant on an old saying goes, anybody who is repeatedly given fish will soon figure out they don’t need to go fishing for themselves. The support soon creates a dependency, and eliminates the need for self-reliance.

The bottom line: how to really help millennial's money woes

Rather than foot the bill, Kiyosaki encourages all parents to invest in their children’s financial education. He urges parents not to pay for the debt, but instead gives suggestions such as:

Only by owning their own financial future will our children grow to prosper and thrive in a world where it is increasingly hard to financially survive.

How to manage financial stress

Sooner or later, you’ll probably deal with some financial stress. Many Kiwi’s are already in this position, which might be caused by rising debt, a job loss, insufficient earnings, high living costs, or even money troubles in your relationship. Whatever the circumstances, being worried about money takes a mental and physical toll, plus it can strain relations with your significant other,...

Your credit rating – whether you realise it or not – matters. Especially with the newfound difficulty of obtaining any new lending in NZ, such as a credit card or a mortgage (including a top-up to existing lending for a renovation or something similar), your credit rating may matter now more than ever. Nearly all adults have a credit score and credit history, even if we’ve never taken on any...

Protect yourself & your family (brief video)