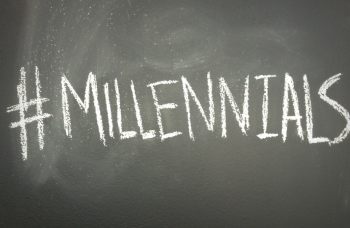 One-third of Millennials are living with parents

As the father of three Millennials (identical twin girls aged 23 and a son aged 26), I pay a great deal of attention to articles and studies on this largest generation – especially since our kids keep coming home and thinking that what is in our fridge should rightfully be theirs. Given the sheer size of this generation, and its vast effect on the economy for decades to come, we should all be paying attention to trends within this massive group.

We are fortunate in that all three of our kids are university-educated and have all had good, stable jobs. However, they keep deciding to take extended holidays or retrain - which tends to bring them home when money is short. However, we hear stories from around the world of tens of millions of Millennials struggling to find good jobs and living with their parents or other relatives out of necessity.

Four decades ago, in the mid-1970s, young American adults in the 18-to-34 age bracket – the bracket today's “Millennials” are in – were far more likely to be married and living with a spouse than living in their parents’ home. But that is no longer the case, according to a study by the US Census Bureau earlier this year. The Census Bureau study stated:

The most common living arrangement today for Americans in the 18-to-34 age bracket, according to the Census Bureau, is to reside without a spouse in their parents’ home. That is where you can now find almost 23 million Millennials – or almost one third. This is compared to just 19.9 million who are married and live with their spouse in their own home or apartment.

In 1975, according to Census Bureau data, 31.9 million Americans in the 18-to-34 age bracket were married and lived with their spouse. Back then, this was by far the most common living arrangement for that age bracket.

The motivators for kids living at home vary from country to country and even within a country. In the case of New Zealand, the reasons attributed to why Millennials are staying home include:

As parents, we may not be able to stop this trend, and perhaps it is just something we need to live with. However, we do need to educate our kids to be financially self-sufficient and when living at home, make a realistic financial contribution to the family budget.

Two of NZ’s largest banks have increased their servicing rates for mortgages over the last couple of weeks, in effect making it harder for Kiwis to get a mortgage

The best financial start to the New Year

8 steps to have the best financial year of your life

How to refinance your mortgage and save on interest rates

With April Hastilow, Head of Lending at Become Wealth