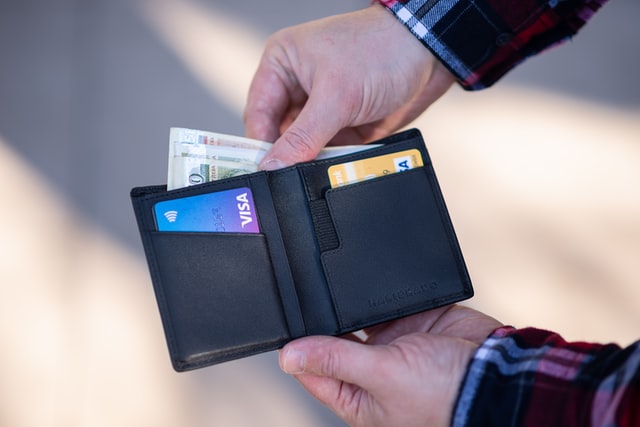 Yes, you read that correctly: don’t save money

You may have heard the old saying that ‘cash is king’. Once upon a time, this was a true statement. Since then, cash has been toppled from the throne.

The word save is defined by the Oxford Dictionary as:

1. Keep safe or rescue (someone or something) from harm or danger.

2. Keep and store up (something, especially money) for future use.

Interestingly, by aiming to achieve either of the things above, saving money may have the opposite result. Read on to learn why.

In New Zealand in the late 1980s, the average interest rate on a six-month term deposit peaked at nearly 20%. This high interest rate, and similarly high rates from the 1970s to 1990s, prompted many New Zealanders to do very well financially by simply saving their hard-earned money.

The children of those people, who are now often in their 20s and 30s, were commonly told by their parents that the way to get ahead was to “save money”, and that “cash is king”. As those parents had experienced such high interest rates by leaving their funds in the bank, they were correct! However, since then, things have changed…

Purchasing power is the value of a currency in terms of how much that money can buy. Purchasing power is very important, because inflation steadily but surely reduces the value of your money, and how much you can purchase with it. For example, a New Zealand homebuyer with $400,000 to invest in a home 10 years ago had a lot more choice than a homebuyer who has $400,000 for a home today.

To show this practically, the Reserve Bank of New Zealand’s inflation calculator shows that $100 worth of food in 1970 would cost a whopping $1,511.76 if purchased in 2018! This represents a 93.4 percent drop in purchasing power over that period.

The infamous cartel boss Pablo Escobar was one of the wealthiest drug lords in history, bringing in US$420 million each week in revenue. He reportedly spent US$2,500 per month on rubber bands just to keep all the stacks of bills together, and had to write off 10 percent of his cash as lost because rats would eat it, it would be water damaged, or lost.

If you deposited $100,000, using the standard rate on-call savings rate available, of 0.10% (for an ANZ Ready Saver Account, BNZ Personal On Call account, or ASB FastSaver account, using the rate available on 3rd September, 2018), it would take you 694 years to double your savings. Even if you accessed a much ‘higher’ interest rate, such as that offered by term deposits, by the time you also pay tax on the interest you receive, and account for the reduction in your purchasing power because of inflation, there’s a high chance the sum will be worth less in real terms than when you first saved it. Just like Pablo Escobar, you might as well have rats chewing their way through a portion of your money.

It’s still a wise idea to set aside some money as a contingency fund, or cash that is allocated to be spent within the next 12-24 months. Once those funds are separated, all other funds should be dedicated to building and/or prolonging your wealth.

True wealth is not generated by saving money. This is because if you stash every dollar you earned into a piggy bank or bury it in the garden, you still would only have the sum you hid away – no more. And as we now know, since you put it there, the purchasing power it once held has reduced.

To acquire wealth, you must invest. That could be shares in your own company or a number of companies, real estate, bonds, or investments such as managed funds that combine a large number of very small pieces of those things.

Owing to longer lifespans across the world, it’s now widely acknowledged that even those who are retiring now need to invest for the long term. This ensures that if you’re retiring or retired already, you’ll be giving yourself a lot better chance to have funds that last as long as you do.

The bottom line - don't save your money

Cash was once king, but the new king is investing.

Don’t save your money, invest it. To do so, you can learn more about some of the wide range of investment choices available to you, it’d be our pleasure to provide you a free and no obligation initial consultation with one of our financial advisers.

and what does a recession mean for you?

Should you refinance your mortgage?

If you have an existing mortgage, when your fixed rate mortgage comes to the end of its term, most lenders (banks) will offer you a new a new fixed rate or automatically roll the loan onto a floating rate. This might sound convenient, though can lead to missed opportunities.

How much should you invest?

Are you investing enough to achieve your major life goals, such as retirement?