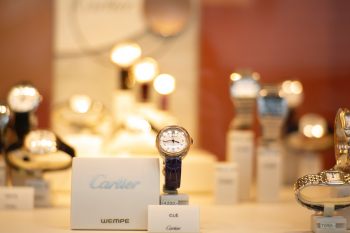 How to avoid lifestyle creep

Lifestyle creep is one of the deadliest financial traps in modern life – worst of all, it can sneak up without you even noticing. Before we look at a quick list of six ways you can avoid it, let’s explain what lifestyle creep is and give a few examples.

What is lifestyle creep?

Lifestyle creep occurs when your standard of living improves to become more expensive as your income rises – which usually occurs as your career progresses. Soon after you get that long-awaited pay-rise or promotion, what you might have once seen as luxuries start slowly and steadily becoming life’s necessities.

In other words, as you start to generate more income, it becomes easier to “creep” towards spending more without really noticing. Since you have more income at your disposal, expensive temptations might arouse your interest. This might be to reward yourself for your hard work, and in part, it might be because of those around you:

Consider this short extract from the famous book “The millionaire next door”, which was written after extensive research was conducted on self-made millionaires:

“Another reason very well-educated people tend to lag behind on the wealth scale has to do with the status ascribed to them [expected] by society. Doctors, as well as others with advanced degrees, are expected to pay their parts… Many people tell us that you can judge a book by its cover, meaning that high grade doctors, lawyers, accountants, and so on are expected to live in expensive homes. they are also expected to dress and drive in a style congruent [consistent] with their ability to perform their professional duties… Many professionals have told us that they must look successful to convince their customers/clients that they are.”

This book was followed by a sequel called “The next millionaire next door” which expanded on this further:

“Often, physicians’ median net worth [the total value of all investments and assets the doctor holds, less the debts they owe] is negative, due in most part to their student loans and age, but there is something else at play: the adherence to the stereotype of physician status.

What’s especially challenging is when our neighbours, friends, friends of friends through social media, and co-workers are hyper-consumers.”

But, lifestyle creep doesn’t just impact people earning high incomes. Forbes magazine recently reported that half of all Americans are living ‘paycheck to paycheck’ – spending all that they earn – and it’s likely NZ results would be similar.

Here are a few practical ways that lifestyle creep might begin to take hold:

Many of these examples will be relatively small, but can soon start to build up to more extravagant lifestyle purchases, because after a while, you might become used to having nicer things or more luxuries. It becomes normal, so you can’t imagine living without your current ways of spending.

You might not notice that “the creep” is upon you until your finances are in shambles – you are back living paycheck to paycheck, or worse, are in debt to fund your more extravagant lifestyle.

How to fix it

1. Live within your means

Same house, same smartphone, same car. This is most-often how the wealthy build their wealth – and keep it.

Remember that – particularly when they’re in the wealth creation stage – those who end up wealthy don’t drive the newest cars, have the latest gadgets, or live in mansions. They’re frugal – and it pays off in the long-run when they end up with more wealth than they know what to do with. The wealthy don’t start to upgrade their lifestyles until they have reached their version of a very comfortable buffer. For some, this is a certain amount set aside, for others, it’s living in a debt-free home or having a level of regular passive income. Whatever the buffer, the longer you avoid lifestyle creep, the better off you’ll be.

You don’t have to adopt a “no spending” lifestyle. It’s normal to want to treat yourself for all your hard work. The trick is to do it strategically. There's a difference between responsible and irresponsible spending. Will the latest brand of smartphone with an even newer camera really make your life better? Probably not.

The short-term happiness boost provided by buying a new item like a phone will soon fade and your finances won’t look so hot, even if you’re making more income than you did before.

Instead of focussing on nebulous spending, think of what really matters to you – and set yourself to achieving it!

3. Plan for increases in income and limit the growth of your expenses

If you go from making $65,000 a year to $80,000, you need to make sure you are ready with a plan when the larger sums hit your account. If you leave that extra cash sitting in your bank and it will practically beg you to spend it. Two simple alternatives are:

Focus on yourself. Don’t let others’ opinions worry you or define you or your wealth by your lifestyle or what you have. True wealth is having the choices, freedoms, and security to do as you please.

5. Surround yourself with friends who understand

Avoiding lifestyle creep can be tough if you’re surrounded by people who think nothing of pricey bar tabs and luxury cars.

This doesn’t mean you can’t hang out with wealthier friends but be clear about your budget limitations and don’t feel pressured to go to restaurants or go on outings that you can’t afford.

Be prepared to suggest a more budget-friendly option or take a rain check. Real friends will understand and won’t make you feel bad for skipping expensive events. Remember, the wealthy have managed to avoid lifestyle creep and the “keeping up with the Joneses” mentality that’s especially prevalent on social media with our friends, and friends of friends.

If you are deep in lifestyle creep, write out your expenses in a spreadsheet. As well as all your random spending and payments, including things that might not occur often such as vehicle maintenance.

Seeing this all together, and the totals across a year, can be an eye-opening experience. It can help you catch where you overspend, what you need to cutback, and keep on a much better track with your money. This can add some extra accountability to your finances.

It's important to clarify that an element of lifestyle creep isn't necessarily a bad thing. As your salary grows, you shouldn't feel guilty about using some of your disposable income to improve your quality of life. After years of hard work, you deserve to relax a bit and enjoy your success and your hard-earned dollars.

However, it’s sometimes hard to notice the “creep” part of lifestyle creep. This is what makes it so dangerous to your finances, as it might only be much later when you start realising you have a spending issue, debts, and your pockets are empty.

Here’s a sum up of six ways to avoid lifestyle creep:

Making the most of lockdown

Come out of lockdown better than when you went in

Is the Kiwi dream changing?

Historically, as the wealth of New Zealand families increased, their desire for several key things has grown. A typical progression may have been to buy: a family-sized home, a nice vehicle, perhaps a boat, and a bach or crib. But nowadays...

The fate of British Cycling changed one day in 2003 when they hired Dave Brailsford as their new performance director. At the time, professional cyclists in Great Britain had endured nearly a hundred years of mediocrity. Since 1908, British riders had won just a single gold medal at the Olympics, and they had fared even worse in...