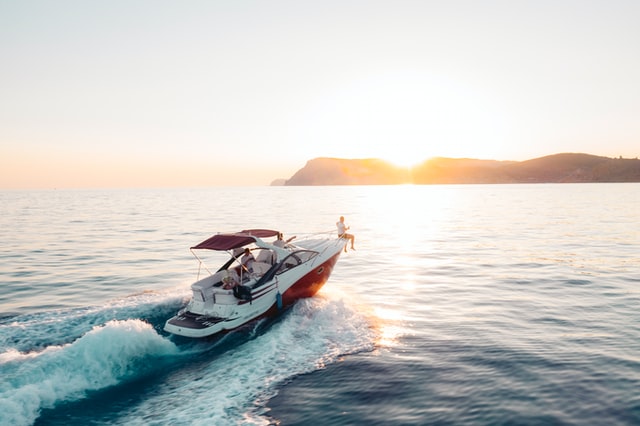 How to become more wealthy

For many, it can seem like becoming wealthy is an impossible task. This feeling can be made worse by present-day realities such as expensive housing and low interest rates for any money we save in the bank. Thankfully, according to research which canvassed a wide range of millionaires, becoming wealthier requires only two qualities that anyone can develop: perseverance and resilience. That means that creating more wealth is only two steps away…

The research to support this was carried out by the famous authors of “The Next Millionaire Next Door: Enduring Strategies for Building Wealth” and the director of research for the Affluent Market Institute, a specialist institute dedicated to providing scientific evidence to support the decision-making of people and businesses.

To help us all become wealthier, let’s take a closer look at the two qualities the author’s identified.

In the book mentioned above, the authors conclude that "To build wealth, to build one's own business, to ignore critics and media and neighbours, you must have the resolve to keep pursuing your goals past rejection and pain.”

They go on to say, "Millionaires and other economically successful Americans who pursue self-employment, decide to climb the corporate ladder, or strive to create a financial independence lifestyle early do so by perpetually pushing on."

The Oxford Dictionary defines perseverance as persistence in doing something despite difficulty or delay in achieving success. That’s exactly what nearly all the millionaires the researchers studied had to overcome.

The company eventually went bankrupt, but Alan had enough resilience and perseverance to build a successful refrigerant-recovery business in the middle of the 2008 recession. He eventually sold the business, and he's now worth approximately US$9 million.

The researchers quickly found that millionaires are goal-oriented and hard workers, which enables them to plan financially and focus on seeing those plans through. 92 per cent of the millionaires surveyed develop a long-term plan for their money, and 97 per cent almost always achieve the goals they set for themselves – at least eventually!

Closely related to persistence is the quality of resilience. In this case, Oxford defines resilience as the capacity to recover quickly from difficulties; toughness.

The key to developing our own resilience is analysing every tough experience by considering how the setback can turn out to be a good thing, and what we can do to make that happen.

Do that, and we’ll all be on our way to building wealth in no time.

Resilience also makes it easy for millionaires (or those on track to be millionaires) to be socially indifferent. When combined with persistence, this helps people stick to their goals and avoid “lifestyle creep” – which is the tendency to spend more whenever a person earns more. Resilience helps people avoid this pressure, including from friends and colleagues. Essentially, people who develop these qualities don’t feel pressured to keep up with the Joneses’ and instead they “avoid distractions and the ‘shiny object syndrome’ the general population suffers from because millionaires aren’t focused on what might make them happy today; they’re focused on their long-term wealth-building plan… Spending above your means, spending instead of saving for retirement, spending in anticipation of becoming wealthy makes you a slave to the pay check, even with a stellar level of income.”

Strive towards developing resilience and perseverance! That way, we’ll all be on our way to building wealth.

Making the most of losing your job

How to handle a job loss

5 ways you could be wasting money on insurance

Are you wasting money on insurance you no longer need? Read on to learn more

The more funding there is available to purchase homes, the more the price of homes can rise. The mortgage lending market is...