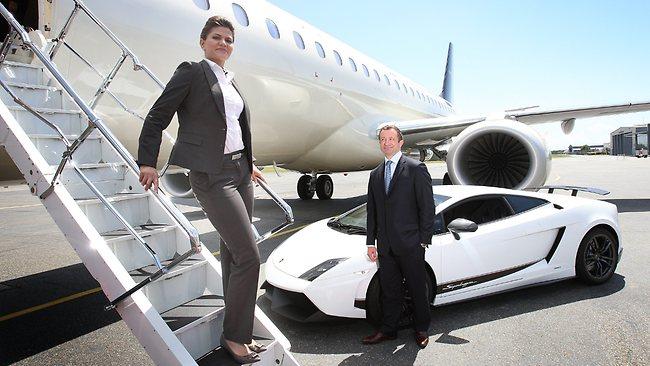 How to increase your wealth

Five ways to increase your wealth, according to success mastermind Tony Robbins

Knowing how to increase your wealth is a challenge in the present environment. The world is still returning to a ‘normal’ state after the global financial crisis of 2008. For example, while New Zealand is still experiencing historically low interest rates, much of the world has negative interest rates. Another example is housing affordability, which is an issue worldwide, not least of all New Zealand.

This environment is enough to make many people uncertain about how to maintain and grow our wealth, although Tony Robbins remains convinced that you be unshakeable during such interesting times. In his book, “Unshakeable, Your Financial Freedom Playbook”, the multi-millionaire business and life strategist shows people how to overcome fear and achieve financial success by taking advice from the smartest financial minds.

Explaining this, Tony said in an interview about this book: “What makes this advice unshakeable is that it’s Warren Buffett’s advice, it’s Ray Dalio’s advice, it’s Carl Icahn’s advice, it’s David Swensen at Yale… it’s the smartest men and women telling you this is what to do.”

So, if you want to be financially secure and able to sleep at night no matter how volatile things get, take a page out of Robbins’ book. Follow the five points he’s collated from some of the most successful people on earth.

1. Before you do anything else, educate yourself

The very first thing people need to do is educate themselves, Tony says.

One of the most important things to understand is that investment markets typically rise over time, despite setbacks. As Tony rightly points out:

In other words, there will be bumps along the way as you invest and build your wealth. When you’re educated, you’ll be able to avoid reacting based on fear.

You can’t just earn your way to financial freedom. Don’t save money, you must invest in accordance with your risk profile, timeline, and circumstances.

When you’re just getting started you may only be able to invest five or ten percent of your income, but steadily that should be able to increase.

In Tony’s book, he points out that the biggest risk isn’t a correction (sometimes called a “bear market”), it’s actually not being in the market at all. If you withdraw from investments when the market drops, you’ll lock in losses, and probably miss out on a chance to earn them back if you don’t get back in at the right time – and the chances of re-investing at the right time are nearly nil.

While Robbins is a multi-millionaire, so it’s easy for him to automate his investment strategy, the same applies for those who are just getting started. In fact, we've called this the proven way to become rich.

You don’t have to be wealthy to invest regularly, however you may need to change how you handle your money. This is usually best achieved by having a percentage of your income automatically deducted from your pay cheque or bank account, and directed into an investment that suits you. This is sometimes called ‘paying yourself first’, and while it may start small, you can gradually increase the sum you set aside with every raise or bonus you achieve.

“This will build your Freedom Fund — the source of lifetime income that will allow you to never have to work again,” Robbins writes.

4. Use the power of compounding returns

Even if you’re only able to invest modest sums initially, you can build wealth thanks to the power of compounding. When you invest, your funds grow because they’re earning interest, or a return on investment. Thanks to compounding, your interest will start to earn interest too!

As was stated above, this means that the sooner you start investing, even just modest sums, the more your wealth can grow. As Robbins wisely points out: “Over time, this force can turn a modest sum of money into a massive fortune.”

After deciding to invest, you need to decide where and how to invest. Robbins is a big fan of stock market investments, however, points out that “you don’t want everything in the stock market”. Instead, you need an allocation to different investments (asset allocation) which suits you and helps protect your wealth during the downturns which will inevitably arise.

One of the simplest, most cost effective, and tax-efficient ways to do this is by investing in a managed fund, which nearly all have different investment choices to suit the needs of assorted investors.

Unsurprisingly, despite Robbins' immense wealth, he still recommends people get help from the type of financial adviser who are bound to put the client’s interests first. In New Zealand, there are two types of financial adviser, and the equivalent of the one Robbins is referring to must be authorised before giving advice on a range of investment solutions.

Increase your wealth - the bottom line

The wise words from Tony Robbins’ latest book include the following:

By following these key steps, you’ll be on track to get where you want to be, and to increase your wealth. If you’d like to learn more about investing, it'd be our pleasure to have a chat in a free initial consult.

Can you trust a retirement calculator?

Retirement calculators seem to be popping up everywhere, and people are betting their financial future on them every day. Unfortunately, the calculators are often giving fictitious outputs based on assumptions that have little to no chance of being accurate. Here are six reasons you can’t trust retirement calculators.

For many New Zealanders, retiring before age 65 is the lifestyle Holy Grail. The dream is to kick back, spend time with family, friends and loved ones, and travel extensively. They subscribe to the view of “casting off the drudgery of day-to-day work and enjoying the good times as you only live once!” It sounds appealing, but many who attempt early retirement find the financial burden too...

5 reasons not to give your kids an allowance