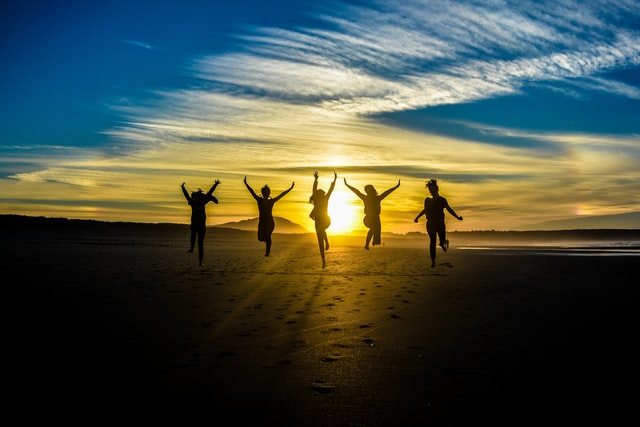 How to make six figures

3 ways to make a six-figure income

A “six figure income” means earning $100,000 or more each year before tax. Having a six-figure income can be a serious game changer for your family, your finances, and your future financial health.

For the financial year ending 2019 – the most recent period the IRD provide data for – only about 12% of the NZ workforce earned a six-figure income, which is about 6% of all Kiwi’s. (Noting that children, retirees, and the unemployed aren’t included in the workforce).

While earning more than $100,000 might sound great, how far that sum can go depends on the circumstances. Some people can have a high income and not necessarily be wealthy, or vice versa. A young couple saving for a home with one fulfilling stay-at-home parent duties, and the other earning $100,000 probably won’t feel as well-off as a retired couple living in a freehold home with total income from investments of $80,000.

Despite the numbers above, breaking into the top 6% of Kiwi’s is a huge milestone for most who achieve it. Be proud if you are already a part of this group – or if you ever do reach this milestone.

Everything in life comes with challenges, including earning more.

First, there’s a little issue called lifestyle creep. Having more income is great if you can keep your cost of living similar to what it was before the increased income. However, many people start to upgrade their lifestyle and soon need more money to cover expenses and luxury items that might not be necessary. So, you might be earning great money, but spending just as fast, slipping into a “paycheck to paycheck” lifestyle.

Another challenge is your environment, including where you live. Some non-homeowners earning a low six-figure income still might struggle in places like Auckland or Tauranga, which were recently confirmed as having the costliest housing in the world relative to average incomes.

Before goal setting for that lucrative $100,000 income, think about why do you want to earn it? – Genuinely ask yourself this and write down what it might mean for you, your family, and your overall wellbeing.

If you don’t ask yourself the tough questions, you could just find yourself working long and difficult hours to hit this income level, possibly in a high stress or high risk role, and one day realise that’s not really what you wanted at all.

Once you’ve completed the little exercise above and confirmed you want to set your sights on a $100,000 income for the right reasons, let’s explore the top three ways to achieve it.

Your career is the first place to start – this includes being self-employed.

Hardly any jobs will pay you $100,000+ right away, and the ones that do require many years’ worth of expensive training – such as being a doctor! For most, earning a six-figure salary takes time, experience, and plenty of hard work to reach.

While choosing a career path can be tough, if you’re young, the main thing is to ensure you’re in a growing and resilient industry. That should ensure your skills remain relevant as new technology emerges and innovations occur, and if needs-be, in years to come if things do change you can always pivot your career path still within that growing field.

Getting this right reduces the risks of unexpected layoffs, downsizing, economic troubles, or a company bankruptcy. You can also reduce these risks by ensuring that you’ve got valuable skills and knowledge – positive and energetic people are one of the seven groups of people likely to emerge as winners from the current downturn.

If you find yourself struggling in your current career, consider:

It can take a long time for many people to build up to a $100,000 plus each year, which is when having another income stream to add to the flow can be invaluable. This is sometimes called a “side hustle”, and there are two differing opinions in this area. Let’s explain:

Investments are when your income really gets working for you.

With many investments the income they generate is reinvested. KiwiSaver is an example of this. Nearly all KiwiSaver Scheme funds have some exposure to shares. Many of these shares will pay income to shareholders (i.e. the investor in KiwiSaver) as a dividend, but this is just reinvested by the KiwiSaver Scheme manager into more shares and other investments. These shares and investments earn more dividends and income – so your income starts earning income! This powerful force is called compound interest. Reportedly, Albert Einstein said that:

“Compound interest is the 8th wonder of the world. He who understands it, earns it; he who doesn’t, pays it.”

While there is a little debate about whether Einstein said this, it’s undeniable the power of compound interest is remarkable.

When you’re first getting started, your investment income will not be a huge contributor to helping you reach a six-figure income. But the more you invest, and the more time passes, the more you’ll see this income rise until it reaches game-changing levels.

Don’t worry if you can’t afford to invest much or at all right now, there are plenty of great investments out there, the key is to:

If you do, what starts as a trickle of investment income will steadily turn into a raging torrent.

Your career will usually be the biggest earner for many years, but you can also get to a six-figure income with a combination of your full-time job, side hustle, and investing.

Earning a six-figure income can have major benefits for your life and future, but remember that:

If you have the right mindset and have specific goals, making $100,000+ each year can do wonders for your finances.

Life lessons for your 30s

Top 10 books to change someones life with this Christmas

Imagine if you could change someone’s life for Christmas? Well you could, by giving them one of the books in this list.

What is an investment horizon?

We are often asked this question in interviews, goal setting workshops or development plans. The fact is, you can have a plan, but you know that the world is an uncertain place. While some things are in your control, many are not. This shouldn’t stop you having a plan; if you identify the factors of success, put targets in place and stick...