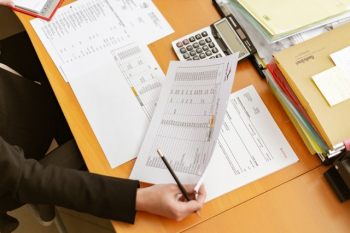 One mortgage broker has launched a petition to encourage a review of the Credit Contracts and Consumer Finance Act (CCCFA), saying the new requirements are overly prescriptive and make it tougher for all borrowers. It comes as CCCFA changes formally introduced from 1 December put extra onus on lenders to ensure loans are affordable, to protect consumers from taking on too much debt. The changes apply to all new loans, as well as increases to existing credit facilities, such as a mortgage top-up for a home renovation, or an increase to a credit card limit. This was on the back of concerns around lending practices, particularly for vulnerable borrowers.

There’s little doubt that nearly everyone would agree that protecting vulnerable borrowers and putting rules around consumer finance debt, such as car loans and credit cards (which usually comes with a high interest bill), is worthwhile. At the same time, a change to loan-to-value (LVR) rules limiting the amount of lending banks can provide borrowers with a deposit smaller than 20 per cent has led lenders to cancel some existing mortgage preapprovals.

The changes have made it a lot harder for everyday Kiwis to get loans, including mortgages. Lenders now require detailed breakdowns of applicant spending habits which are closely scrutinized, resulting in delays in approving mortgages.

The changes aren't just affecting first-home buyers trying to get into the property market either - they potentially affect everyone who has a mortgage or wants to borrow money for any reason. For instance, if an existing mortgage holder wanted to go interest-only, extend their loan term, reduce their repayments, top-up their mortgage (e.g., to do a renovation), or buy or sell a property… the new law impacts everything. Plenty of common scenarios include older borrowers wanting to get equity out to help a grown child onto the property ladder, small business owners relying on using equity in their home for capital (perhaps to buy a new 4WD for work) and separating couples where one wants to retain ownership paying interest-only until they’re back on their feet.

As the majority of Kiwi’s store the vast majority of their wealth in their house, when regulations start to encroach on our homes they can alter everything for everyday Kiwis.

How bad have things got?

To obtain a new credit card from a major bank, one of our senior staff recently had to work through nine phone calls totalling near two hours of explanations and questions, in addition to the online application form. The credit card was only approved when the applicant agreed to slash the regular amount invested by over half, as apparently the applicant was investing so much that it made repaying any balance on the credit card unaffordable!

One mortgage adviser, not from Milestone Direct, with 24 years’ experience had this to say:

“The prescriptive onus on expenses defies logic, treating each potential borrower as an imbecile who is unable to manage their own affairs in a responsible manner. It is like the Reserve Bank feels they need to protect the borrowers from themselves, which in the mortgage lending arena is just not warranted, we already had (have) more than adequate checks and balances driven by experienced and responsible Advisers and Bankers, to ensure responsible lending is being provided.”

What can you do about the changes to borrowing? Six tips

Anyone considering taking on a new mortgage or debt of any kind should get in early and find out what they need to do to prepare.

Then, once it’s time to ask for credit because lending assessments are taking longer, new mortgage borrowers planning to buy a property should get an application in well before they want to buy. Think several months.

High interest debt, such as car loans and credit cards where the outstanding balance isn't repaid by the due date, reduces borrowing capacity.

Centrix suggests borrowers concerned about their credit rating could request a free credit report on themselves from one or all the three main credit bureaus. If there's something on there you don't understand or you're not happy with, you're within your rights to ask for an explanation or correction.

To determine income and expenses, lenders typically look at bank statements over the previous three months.

In many cases, three months of improved spending is the best thing a person or couple can do before seeking lending approval of any kind. New borrowers, particularly first-home buyers, are encouraged to reduce their discretionary spending (such as takeaways, subscriptions, memberships, entertainment).

More so than ever, really tightening the belt before you need to is the best evidence for affordability.

Due to increased focus on affordability, borrowers should ensure their accounts show a surplus at the end of every month. That is, plenty left over to repay a potential mortgage, including if mortgage rates were to creep up to higher levels, or to protect from any potential unforeseen issues.

4. Get advice before buying or selling

As these changes impact both new and existing borrowers, it could impact people you might not normally think of. For instance, a business owner or elderly person selling a property to free up cash for a specific purpose may be unexpectedly asked to totally repay an existing loan on another property.

To counter this, a wise move is to get independent advice, such as from a Milestone Direct mortgage broker or financial adviser before you make any major decisions.

The risks are significantly higher now: if you buy a property, sell a property, get a top up or need access to equity, then any of these things will trigger a full assessment under the new criteria.

5. Reduce or repay your student loan

This can be tricky to understand usually NZ student loans are interest free, so long as the borrower is in NZ. So, at first glance, there might not be a rush to repay this debt.

However, the minimum repayments on student loans are quite high, which means a borrower can be a lot better off by repaying the student loan in full.

Most often, borrowers may have a better chance with a slightly smaller deposit and no student loan, as opposed to a bigger loan and bigger deposit. That is to say, if some of the deposit was used to repay the student loan in full.

While the intention of the CCCFA was to deliver better consumer outcomes, there are stories of people who have been declined by their main bank for sums as little as a $5,000 top up to an existing mortgage for a small renovation, but who have instead gone to a finance company and got a loan for 45% interest instead.

While we certainly wouldn’t suggest that, there are other lenders out there who may be able to assist at interest rates and terms much closer to those offered by the mainstream banks. These are commonly called ‘second tier lenders’. They include non-bank lenders who are in the business of providing finance but aren’t the traditional registered banks like ANZ, Westpac, KiwiBank, and so on. Non-bank lenders include building societies and credit unions.

The bottom line: what you can do about the lending changes

The lending market has just changed significantly. Here’s a recap of the top six things you can do about it:

As always, the information mentioned above is only general in nature, so if you would like to discuss things with a trained professional then leave your details below, and we will be in touch within a workday.

What is a black swan event?

A share market crash is a rapid and usually unanticipated drop in prices. The most recent one was recorded on 12 March 2020, in response to the coronavirus pandemic. Such drops often lead investors to wonder: are such drops normal for share markets, or is this different? You might have heard experts and the media call this a “black swan event”. Defining a ‘black swan’ event A black...

Whether your goal is to pay down debt, save and invest more, or even retire early — increasing your income is key. Thanks to the internet and technology, there are so many ways to make a little side-money today. This gives more people a chance to bring in some side income or even turn their side hustle into a real business. One classic money-making idea is to flip items or resell for a profit...

Trusts are an important part of New Zealand society and the economy. It is estimated there are between 300,000 to 500,000 trusts in New Zealand. The Government is moving to update and improve the general law governing trusts for the first time in 60 years. Generally, the proposed reforms seek to clarify core trust concepts such as what constitutes a trust and what duties a trustee has. The...