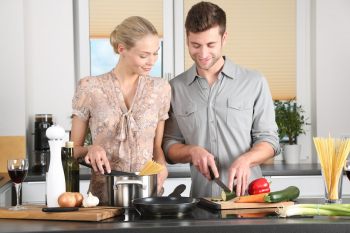 Recent research confirms what many of us may have been thinking – that things are looking better for first home buyers. This particular study is called the Massey Home Affordability Index, and to determine their conclusions, researchers ran a series of calculations which consider the cost of borrowing (mortgage interest rates) as well as incorporating house prices and wage levels.

In summary, homes are becoming more affordable for first home buyers due to three main reasons:

In some locations, such as Auckland and Gisborne, housing prices have dropped over recent times. In other locations prices have remained stable or even increased, but those increases aren’t enough to keep pace with the following two factors…

2. Mortgage rates have dropped even lower

Just in case you missed it, interest rates have dropped to historical lows, and many commentators are picking they’ll drop even further.

Massey research shows that average incomes are now 3.7% higher than they were a year ago. This means first home buyers should have more surplus income to meet mortgage repayments, which should increase the total sum able to be borrowed.

Despite above, property investors are re-emerging.

However, first home buyers should keep in mind that the Massey report also notes the same factors above which favour first home buyers also favour property investors, who are starting to purchase investment properties again.

Of course, there are several new Government measures aimed at reducing the number of properties bought by investors, but despite that, separate analysis from CoreLogic has shown that investors were once again taking out marginally more mortgages for Auckland homes than first home buyers are.

On the flipside, first home mortgages are now available from major banks for as little as 5% deposit for those buyers who meet the criteria.

In addition, keep in mind that:

There are still many people out there that have never owned a home and believed they won’t own one for a long time. However, due to shifts in the overall market, now may be a great time to investigate how to buy your first home.

How to invest in gold

Whenever the economy gets turbulent, the fans of investing in gold emerge. They’re sometimes called “goldbugs” and will shout from the rooftops...

What is generational wealth

How to pass on wealth to the next generation

Why you need an imaginary mentor