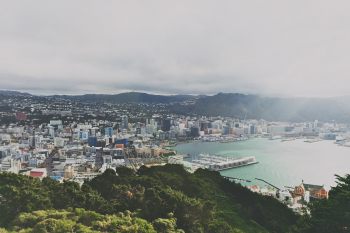 What will happen to NZ house prices?

Before the epidemic struck, in most parts of NZ, home prices had been booming for some time. Reasons for this included record low mortgage rates, building and land restrictions, high immigration, and high levels of employment.

The property market is about to undergo a rapid change due to the flow on effect from the virus-related economic slowdown. It is a near certainty there will be a drop in real estate prices as current conditions force the economy into a recession.

Reality check for many

You might have already seen real estate companies and estate agents loudly declaring expectations along the lines of “we expect property markets to remain strong after the lockdown”. Maybe they genuinely believe these sorts of statements, in the same way many people genuinely thought it was a good idea to recently horde toilet paper. Or, maybe they are just a little deluded.

Always remember when people make statements like this, they often have a vested interest or agenda, as their businesses and livelihoods depend on it! Nearly all real estate agents are paid commission for sales, so they might not actually care about overall real estate price movements. As long as properties are changing hands, real estate agents get paid.

Kiwis have already signed up for six months ‘Mortgage Holidays’ in their thousands. In fact, over 100,000 households have now applied for some sort of mortgage relief, and that number will surely grow!

The big catch is that as you take your “holiday” the interest still builds up, and at the end of the six months that extra sum is added onto the overall sum you owe. Anyone considering this should think about it very carefully and discuss other options with a mortgage broker.

What could cause house prices to fall?

Three big drivers of NZ property values have been halted in their tracks. They are:

There are a large number of NZ-based international workers, including backpackers on working holidays, who will probably be heading back to their home nations soon enough if they haven’t already – because if they stay, most of them are ineligible for any NZ unemployment benefits. At this stage, it is unclear when the things above will resume, and when they do, to what extent.

Of course, the points above will hit some regions harder than others – Queenstown and Wanaka come to mind as areas that may suffer the some rough short-term impacts.

Employment, or the likely lack of it, is the other major area.

The billions of dollars the government is spending on its wage subsidy programme is helping many people, but wages are only one of part any business’s usual costs – there are plenty of other bills that businesses still need to pay, even if they have no or little income.

Once the government support – wage subsidies and mortgage holidays etc – run out, the scale of the unemployment and business closures will be realised and start to really bite. The property market will most certainly change from a ‘seller’s market’ with large numbers of buyers around as it has been over the last few years, to a ‘buyer’s market’, where there will be lots more properties for sale with highly motivated vendors (seller’s) behind them.

Covid-19 has already had a major impact on high-profile companies, with the likes of Air New Zealand being forced to make large-scale redundancies; around a third of its 12,500 staff are in jeopardy, and SkyCity has announced a further 700 redundancies this week after cutting 200 last month. Beyond these high-profile cases, there are many small and mid-sized enterprises that have no choice but to shed staff.

For many advanced countries, the latest available official information on unemployment is only up to March. The unemployment rate in New Zealand is low, at 4.2%, similar to the rates in other developed nations such as the US and Germany. That is ancient history now. The April figure for the US rose to 14.7%, from March’s 4.4%.

The Reserve Bank of New Zealand now estimates our unemployment will peak somewhere between 9% and 12% this year. As bad as the official statistics are going to be, they are likely to underplay the true story, as situations such as the following aren’t included in the unemployment data:

The economic shock will soon spread beyond the immediate casualties. Businesses and households not initially hit by Covid-19 will reduce their spending, leading to a flow-on effect.

As Sir John Key recently told Ray White real estate agents on a recent video question and answer session: “Some people are not going to have a job or income or confidence. We’re dreaming if we don’t think people are going to be stressed.”

Due to the lack of tourists, it is reasonable to expect some hotels and motels to transition to become long-term rentals too. Though interestingly, recent changes to the Residential Tenancies Act might make this a lot more difficult than you might first think.

Some properties which have been listed on short-term rental sites will transition back to being long-term rentals. While we don’t know any figures for NZ yet, in London, rental listings have had a 45% increase due to the flood of former-Airbnb properties. For many former-Airbnb properties, the annual income they will now generate via a normal long term stay tenancy is a lot less than the income they were receiving via short term stays via Airbnb.

On top of this, some landlords are already seeing tenant requests for reduced rent, or rent payments stopping altogether.

What could prop up the real estate market?

Interest rates can’t go much lower and, even with the recent removal of LVR rules, the banks aren’t keen on throwing money at everyone who wants a mortgage.

Before the virus struck, there was already a well-reported shortage in the number of properties across the nation, so that should bolster the market at least a little.

During past downturns, many property developers have gone bust, and this time should be no different.

Many construction companies will struggle to pick up new projects due to developers cancelling projects or going bankrupt. This is going to have a flow on effect for ‘tradies’ who may not get paid for work completed and may find themselves looking for jobs in a barren landscape.

It may be that a lot of half-built homes hit the market, even more so will be the large number of sections that will now come on the market from those who intended to build but can no longer afford it.

Is there any good news?

First-home buyers in stable employment are in a great position. With the heat taken out of the property market and interest rates at historic lows, what better time to reach for that first step on the property ladder?

There is likely to be a growing number of motivated vendors needing a quick escape from the market, along with a dwindling pool of buyers who are either running scared or not in the financial position to buy.

The bottom line – what will happen to NZ house prices

Most property owners are not headed for dire straits. Most owners are sensible, live within their means, have a long-term view of property, and will be fine moving into an environment of lower prices.

There will be some, however, who’ve over-extended themselves and recently purchased more property than they can afford. There’s also those who will fall on tough times with a job loss or failure of a small business which leads them to a situation where they may have to exit the market in a hurry. This will mean selling at an undesirable price.

Our crystal ball is no more accurate than anybody else’s, but when all the facts are considered it’s easy to see a rough time ahead for many housing markets across NZ. Though:

Well positioned investors and first home buyers should be able to get some great deals. If you get in touch it’d be our pleasure to discuss your situation.

What is a non-bank lender?

Non-bank lenders are becoming more mainstream and can be a great solution for those who might not otherwise be able to obtain lending.

How often should I check my portfolio?

Every day we are constantly reminded that the harder we work at something, the greater the reward. It’s a mantra which is reinforced in childhood, in the office, at the gym…and in most cases, it pays dividends. However, when it comes to investing, this is the exact behaviour you should avoid.

What has changed with KiwiSaver?

A major drawback of KiwiSaver is the fiddling and tinkering to it which has occurred since it began. This is often politically motivated, though fortunately, most of this years’ changes seem to be minor improvements. Read on to learn more.