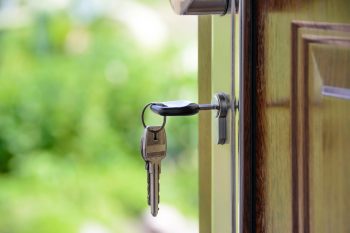 According to the Reserve Bank of New Zealand

Interest rates on mortgages and other loans are estimated to rise by between .20 and .60 percent as a result of the Reserve Bank's decision to require banks to put an extra $20 billion of capital into their businesses. The Reserve Bank put the figure at .20 percent, while ANZ believed the impact could be up to triple that, with other estimates somewhere in between.

This is because the Reserve Bank recently confirmed that the big four Australian-owned banks - ANZ, ASB, BNZ, and Westpac - will have to raise the amount of funding they hold for each dollar they lend out.

What does this mean?

Think-tank The New Zealand Initiative has said the impact of the recent decision is likely to be: “… felt most acutely by high loan-to-value borrowers, the rural sector and small-to-medium-sized enterprises.”

The changes could mean lenders other than the big four banks take on responsibility for some more of the country's lending.

The impact of the increases on mortgage rates will vary by region because house prices differ so much depending on where you live. The ability to afford it will also vary, because incomes tend to be lower in the provinces than in urban centres.

It also seems the commercial and industrial property market was attracting increased interest from non-bank lenders. Some commentators have suggested that trend could develop further in response to newly bolstered funding requirements on banks.

There’s no need to panic though, the big four banks will have seven years – starting from July 2020 – to find the extra billions, rather than five years as the Reserve Bank had originally proposed.

Could banks get choosier?

As the banks become safer, they are likely to make their lending safer too. This means they will probably not loan as much to those they consider high risk, such as poorer people, and riskier businesses and farms.

Right now, more careful bank lending may mean increasing pressure on existing borrowers to pay down debt. This is likely to hit farmers, for example, although current high prices for milk (dairy pay-out this season is forecast to be the fourth highest on record) and meat are a welcome opportunity to pay down debt.

The price of safety

The new policies should make banks more stable and safer. Some analysts thought the banks' owners will take the hit and not much will change. In reality, it will probably be as the bank’s shareholders will hurt, but so will borrowers, savers and those looking to grow their farms or businesses.

Deposit rates could go lower as a result of the new rules, but the amount is uncertain. This is because banks need a minimum level of deposits, and if the banks lower interest rates too much, people may put their money elsewhere. That would force banks to raise mortgage rates more.

Lower deposit rates, even small amounts, will hurt retirees who rely on the interest on their deposits. At current low interest rates, those with savings in deposits will need to think about other ways to invest, such as in managed funds.

If you’d like to have a complementary initial chat with one of our trained professionals about anything above, then please get in touch.

What to Do With a Windfall

Seven steps to follow if you find yourself with a jackpot, bonanza or other lump sum

How to improve your credit rating

Even if you have a faultless record of repaying any debts, if you’ve ever applied for a credit card, home loan, phone contract or hire purchase agreement, you probably know the feeling that comes when you hear the words, “I’ll just have to run a credit check”. When a lender runs a credit check, they’re requesting information that relates to your history of repaying debt to help...

2016 saw New Zealand named the world’s best place to live as ranked by the Legatum Prosperity Index. This has now been followed by the Credit Suisse Global Wealth Report that ranks New Zealanders the fifth richest people in the world. New Zealand has leapfrogged the UK, Singapore and Belgium to be fifth. The Swiss remain the world’s wealthiest at $US562,000 total household wealth, ahead of...