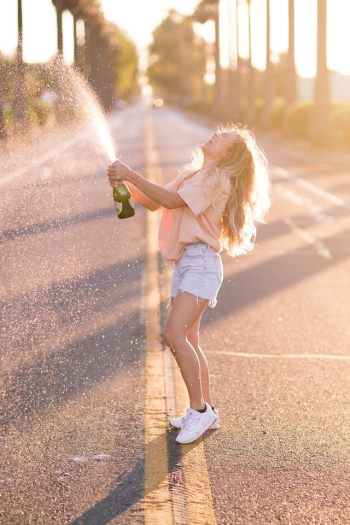 How spending money on others can make you happy

The season of the holidays is getting further in the rear-view mirror for most of us and so are the (sometimes awkward) family congregations and gift exchanges that came with it.

Holiday-related gift-giving practices are universal across every human culture worldwide. In fact, you could probably argue that major “holiday” events across all cultures are just an extravagant excuse for people to give to each other.

How to be happy – according to research

In happiness research, there are many findings an onlooker may call, “surprising yet unsurprising.” For example:

Here’s what’s even more surprising: research shows that spending money on others makes you happier, even if that other person is a total stranger.

Yes, indiscriminate selflessness is good for your mental health and emotional well-being, as well as the health and well-being of others. Gift-giving may be one of those rare social activities with almost no psychological downside (ugly sweaters at Christmas aside). So, the next time you’re wandering through a shopping mall grumbling to yourself, just remember… the end result is supposed to make you feel better.

Not all gifts are equal

As anyone who has received a hideous pair of socks from grandma can tell you, not all gifts are equal – they don’t all generate the same amount of happiness for the givers and receivers.

When it comes down to it, there are only two reasons to give a gift:

For the first category (making them happy) there are two general principles to follow: a) give them what’s useful, and/or b) give them experiences. Things are fine in the event it is something they truly want, but if you don’t know what they want, it’s better to give what’s useful (i.e., power tools to fix their busted car door, a gift card to their favourite shop, etc.), or to give an experience such as a spa voucher, tickets to a rugby game and so on.

Well… that is where it gets controversial: give them cash. We know, we know – cash seems so lifeless and dull. Society might even see cash gifts as lazy and thoughtless. But in surveys, people consistently say they would prefer to receive cash than most gifts. In fact, it is the givers who do not enjoy giving money. The receivers tend to be thrilled.

This is even more true if you are trying to pick a gift for someone who is struggling financially. If someone is broke, nothing is more helpful than money. Various bodies of research has repeatedly found that people in need of money will generally spend it well when they get it (this includes the homeless).

For the second category (to feel close to someone) research shows that you should give something personally significant. This can be anything from a family heirloom to an object that represents your shared history together, or even a silly toy that reminds them of an inside joke the two of you share. Unlike happiness gifts, personal closeness gifts work better as objects because the objects serve as reminders and tokens of the relationship. They give people something tangible to become emotionally attached to. Personal closeness gifts can actually work better if they are not expensive, as expensive items will sometimes distract from the personal meaning inherent in the object. In fact, it is almost as if buying a three-dollar knick-knack shows more affection because it sub-communicates to the person, “I don’t have to spend money to show how much I care about you.”

The research is clear: if you want to be happier then giving is the way to do it.

NZ is the fifth most expensive place to buy happiness worldwide, according to this study

Why People Lose Money in the Stock (Share) Market, and How You Can Avoid Being One of Them

Insurance can often turn a terrible situation into something more tolerable. However, when an insurer declines a claim, then it tends to magnify the unpleasantness and compound an already stressful situation. This is when a good insurance adviser is worth their weight in gold. Recently, two of our insurance advisers went to bat for their clients and won them sizeable payouts. Neither of the...