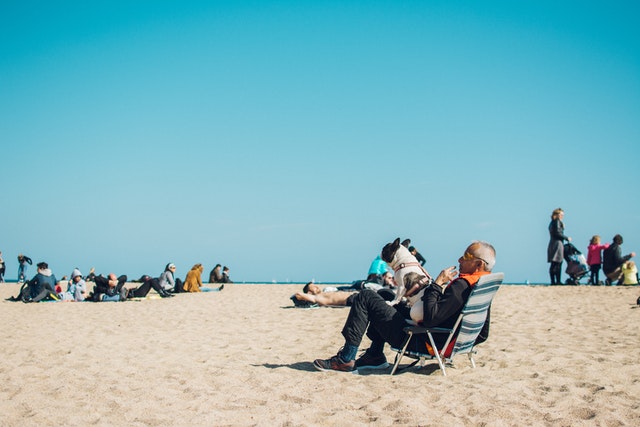 Learn to Spend in Retirement

5 ways to enjoy your retirement by learning how to spend

Here’s a common problem that hits many retirees.

Retirees work their whole life to reach this point, then can sometimes let fear and anxiety crash the retirement party.

Many Retirees Spend Too Little Money

After years of saving to achieve their retirement dreams, many retirees have a hard time busting out of frugal old habit patterns. This is particularly true of those who have been diligent savers throughout their working years.

Study after study in Australia and other countries similar to NZ has shown that plenty of retirees don’t spend enough early in retirement, for fear of running out of cash. (NZ data is harder to come by, though we think it’d be much the same).

Especially in the aftermath of economic turmoil spurred by Covid-19 and the response measures taken to combat the virus, we realise exploring this sort of ‘first world problem’ might cause animosity among those who are struggling financially.

That said, it’s also important to acknowledge those who have built a retirement nest egg have usually done so over many years of hard work and sacrifice. Which of course included pushing through all manner of obstacles over the years.

We each have our journey, and this post is focused on those who have a deeply engrained “savings habit” they’re now struggling to break.

5 Steps to Learn How to Spend

Here are five sure-fire ways that frugal retirees can learn and accept how to confidently spend.

1. Identify your why, build a new dream

Why did it matter if those investment numbers were growing when you were younger?  For most people’s working life, the answer is or was, “So I can retire someday.”

But now, the ‘why’ has changed.

The goal is now nearly never to “build a bigger pile.” That goal has been achieved. The game has been won.  It’s time to change the strategy for the “second half” of life.

• Be generous. Perhaps gifting to children or grandchildren

• Stay as healthy as possible for as long as possible. This includes spending on quality healthcare

• Tithing to Church, Marae, community, and so on

At the same time, most retirees want to avoid running out of money before they die!

So, most retirees ‘why’ has changed.

Based on what we see of the retirees our advisers work with every day, it’s easier to spend in retirement if you know it’s supporting a retirement dream.

2. Make the decision to spend

Make a line in the sand, and deliberately take steps to support your decision to spend. Key steps here include:

• Automate your spending as a means of breaking thrifty habits

• Financially plan to ensure your retirement draw down is manageable. This will give you the confidence to splash out

• Build a “maintenance reserve ” to defend against surprise expenses

3. Develop a system to keep you on track

Just like any stage of life, it would be irresponsible to spend recklessly in retirement. At the same time, spending less than we can safely spend in retirement could lead us to live a life of unnecessary sacrifice.  How do you balance those two extremes?

This is where detailed planning and sticking to some sort of system to annually review and check you’re on track comes into play.

Some people have rental income in addition to NZ Superannuation (‘the pension’), while many steadily sell shares or cash out of managed investments including KiwiSaver Schemes and older Superannuation Schemes. A rare few still have private pensions, often set up by major employers in years gone by.

4. Ensure your funds will last your lifetime

The biggest fear holding retirees back from spending money is the concern that they’ll outlive their money, become a burden to their children, or face unexpected spending shocks later in life.  Valid concerns, all, but not a reason to sacrifice the potential experiences you’d like to pursue in your retirement.

There’s little point in doing anything else on this list unless you’re confident of the calculations on your side!

Determine how much you can safely spend and build a system to keep you on track.  Once you’ve completed those two tasks, you know you can spend without worry.  At that point, it’s just a matter of breaking a deeply ingrained habit.

Consider: if all your income and contingency needs are met, and you have some unexpected income in retirement, challenge yourself to spend it. It wasn’t in your original numbers when you decided to retire, it’s not included in your safe withdrawal rate, and there’s no longer a reason to save.  Test yourself and see if you can spend any “extra” money without guilt.

If you’re in the enviable position of being content and not wanting or needing to spend any more in retirement, then good on you and well done for building such a financial fortress!

Regardless, being content is not necessarily an excuse to spend less than you safely can in retirement. If you fall into the “contentment camp”, the challenge is now to find a way to give more money away. There’s a certain satisfaction that results from being generous that is hard to explain.

The research is clear: if you want to be happier, giving is the way to do it.

There are a lot of folks with serious needs.  Are you struggling with finding a way to spend in retirement?  Consider spending more money on those who can use it the most.

Don’t believe us? Give some away and see for yourself.

You won’t regret it.

The bottom line: Learn to Spend in Retirement

If you’ve not yet retired, you’re likely puzzled over the reality that many people could struggle to spend what they can safely spend in retirement. It is, however, a well-documented reality that many retirees face. If you’re already retired and facing this reality in your own life, hopefully, some of the tips above might help you out.

If you’re retired or are about to, you’ve sacrificed for years to cross the starting line of retirement, and now might be an opportune time to ask “why?”.

It’d be the pleasure of one of our trained professionals to help you work through any of the topics mentioned above, so get in touch today.

Property markets are booming globally, how does NZ compare?

Have term deposits done their dash?

Traditionally, term deposits have been a popular strategy for many retirees and Kiwis who weren’t quite sure about how to choose or access other investments or needed to access the money in the near future.

6 tips for buying a car

It’s no secret that Kiwi’s love cars, but did you know that NZ ranks third in the world when it comes to motor vehicles per capita? – we even outrank the car-obsessed United States! Read on to find out how to make some wise moves when you next purchase one.