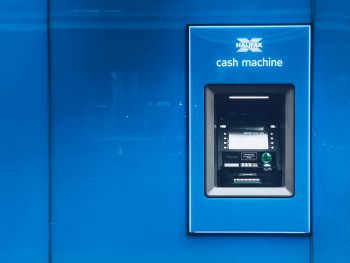 What does this mean for you?

NZ’s main banks saw a decline in mortgage lending demand over the first half of 2020 and expect a further fall in mortgage demand for the rest of the year, according to a new Credit Conditions Survey released by the Reserve Bank (NZ’s regulator of banks and insurers).

The survey started prior to the announcement of lockdown and was completed in the last two weeks of June 2020. It asked 12 New Zealand-registered banks – including the big five (Westpac, BNZ, ASB, ANZ, and KiwiBank) – about their expectations for the second half of the year, and while banks expected increased lending demand for working capital from small and mid-sized businesses and corporates, household lending (for home mortgages) is expected to fall.

Read more: How to buy your first home

“Banks noted that lower interest rates may support demand, however banks predict the economic impacts of Covid-19 will largely offset this,” the survey stated.

Read more: Houses in Palmerston North are more expensive than Miami – how does your town compare with the world?

Serviceability – the ability to repay

Serviceability is the ability of a borrower to repay the mortgage over the long run, including if things change.

When it comes to mortgage lending standards (that is, standards applied to borrowers such as first home buyers seeking a mortgage), banks expect those to remain “broadly unchanged.” However, “Whilst banks reported no material changes to their serviceability standards, they noted COVID-19 has resulted in greater income uncertainty given the likelihood of higher unemployment and fewer hours worked,” the survey noted. The survey also commented that banks expect to perform more thorough due diligence to assess income and job security, with higher “haircuts” applied to variable income such as allowances, bonuses, commission, and that from boarders/flatmates or Airbnb included in servicing assessments.

Most banks still reported not being particularly keen to lend to high-LVR borrowers despite the recent (temporary) removal of LVR restrictions.

There are plenty of property and mortgage-related predictions flying around right now, which is mainly due to the uncertainty of the overall situation. As the survey shows, the banks are potentially applying more rigid standards to assess applications for new borrowing.

If you’d like to discuss how anything above might impact you, please drop us a line and we’ll get back to you within a working day.

and what does a recession mean for you?

Delayed milestones for young Kiwi’s, but is it all bad news?

Teach yourself how to invest

9 steps to become a self-taught investor