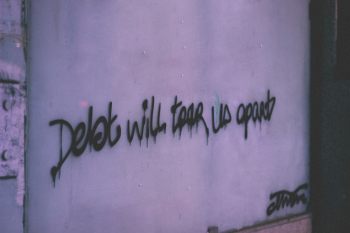 Will taxes go up?

No one likes paying more tax – so what’s the likelihood we could be facing a tax hike in the near future?

The NZ government (i.e. all taxpayers in NZ) have just borrowed a lot to get through the economic impacts of Covid-19 and the associated lockdown. Cash has been splashed around to try and prevent a worse economic situation than is already developing. Please let us be very clear: we’re not debating the rights and wrongs of those choices. While we certainly do not pretend to be experts in how politicians come up with policies, we do know the simple fact that if money is borrowed, it needs to be paid back. Think of it this way:

Imagine you have no cash in the bank (no ‘rainy day fund’), and then an unanticipated event occurs which causes you to spend a lot – though perhaps at the same time you also go on a spending spree and buy some new electronics, take a holiday, and buy a new car. Some of the spending on assorted items might cause you to enjoy a short-term high (this is well-studied in the field of psychology), however, this instant gratification soon wears off. You didn’t earn what you’ve spent, so you had to borrow – perhaps by putting a lot of the expenditure on a credit card or taking out other loans. In time, you’ll need to repay the balance on the credit card and any loans you’ve taken out.

Our latest budget indicates the NZ government will spend more than it receives in taxes for several years running. This is projected to increase NZ’s debt to $200 billion by mid-2024. In dollar terms, this is higher than it has ever been. How much is that really? – this equates to repayments of $80,000 per household.

How do we pay it back?

There are three broad options:

It might be cold comfort to know that compared to many other countries, NZ still has not borrowed much.

That said, just like a family that takes on too much debt, there is a risk that NZ could encounter real trouble given the small size of our nation, our new high debt levels, and vulnerability to a range of potential uncontrollable issues. Such issues might include a major natural disaster, a biosecurity breach, or shock in one of our major export markets (e.g. China). As gloomy as it is to talk about, it’s not hard to imagine the carnage that would take hold if mad cow disease hit NZ, for example, or if there was a large earthquake centred on Wellington. (Incidentally, this is one of the reasons why Become Wealth's investment advisers nearly always recommend people diversify their investments internationally).

What new taxes or increases to existing taxes could be coming?

There are two choices:

1. Increase the rates of existing NZ taxes, or

The bottom line – prepare yourself for the inevitable

Topics such as higher taxes and cutting taxpayer-funded benefits such as NZ Superannuation are scary-topics for many Kiwi’s, but they’re even scarier for politicians during an election year. Perhaps these issues are glossed over during NZ’s upcoming election campaign, but ultimately, just like a person that’s spent a lot of money they didn’t have, we have to all repay the extra $80,000 per household.

All Kiwi’s now need to prepare ourselves for the inevitable.

Set yourself up for success with these evening routine ideas

5 reasons not to give your kids an allowance