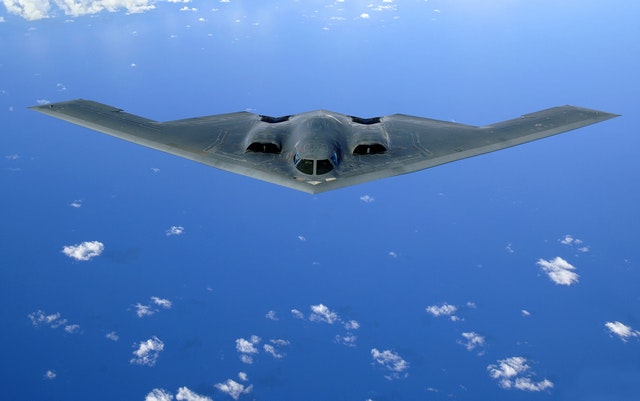 The power of hiding your wealth

As you move through life, you might meet people who you would never know are extremely wealthy or have amassed large fortunes. Or maybe you also fall into this category?

As more people become millionaires, more are interested in practicing something called “stealth wealth.” And as you grow your own nest egg, you might highly consider practicing it as well.

What is stealth wealth?

Stealth wealth is the simple practice where you keep your wealth and fortunes hidden from others, possibly including friends, family, and co-workers. It allows you to live the lifestyle you desire, without having the outward appearance of being wealthy.

Unlike some flashy athletes or multi-millionaires who dress in designer clothing, send lavish gifts to others, and who might flaunt their wealth on social media; people who practice stealth wealth prefer to fly under the radar and enjoy the true benefits of wealth. This might include:

Individuals and couples who fit the ‘stealth wealth’ profile are financially independent with a high net-worth, but their riches are not outwardly apparent.

The facts support this

The famous book, The Millionaire Next Door by Thomas J. Stanley, lays some of the groundwork about stealth wealth and includes research about millionaires in America. In one passage in the book, he notes:

“Many people who live in expensive homes and drive luxury cars do not actually have much wealth. Then, we discovered something even odder: many people who have a great deal of wealth do not even live in upscale neighborhoods.”

Without people knowing your net worth, they have no chance to treat you any differently. You’ll worry less that your friends, the people you might date (or who date your children!), and everyone else you meet will not be getting close to you for the wrong reasons.

Plus — it relieves pressure on needing to spend money on expensive gifts or paying for every restaurant meal you attend. People may start to expect more or think you are cheap if you aren’t picking up the tab every time.

Many who are not experiencing financial freedom find it hard to relate to those who have sacrificed, worked hard, and worked smart for many years to build their wealth. Unfortunately, when people know you’re doing well financially, they might treat you differently. The envy mindset has hit the headlines recently with noticeable stories in NZ media and even comments made by some elected officials.

Some may use your generous nature to form a close bond before trying to get something out of you in one way or another, perhaps a favour or just to “borrow a few dollars”.

Some may be jealous and direct negative comments or energy your way. This may be in the form of comments directed your way: “you got lucky!” or “you didn’t have to overcome…[insert reason here] … like me.” Maybe you did have a little luck, but based on Become Wealth’s firsthand experience of dealing with many wealthy people:

To double-down on this, the bullet points above are consistent with research on US millionaires cited in the book The Millionaire Next Door.

This could be in any number of areas. If you’re too flashy:

4. So you can get on with life

You didn’t build wealth to receive attention from others, you did it for your own reasons!

That means you should focus on living your best life – instead of the opposite, which could be slipping into a life of constantly posting flashy pictures on social media or feeling a need to buy the latest gadget or designer accessory to feel good about yourself.

By doing this you’ll also probably be able to avoid the expectation from others that you need to have the latest gadgets, wear expensive clothing, have the biggest home and nicest car, etc.

How to be stealthily wealthy

There will always be people who may know you are wealthy and some may know your salary or about some assets and so on, but you can still keep a bit of attention off of you.

1. Avoid publicly listing information such as your address or contact details

For instance, being too open about information such as your home address can lead people to creep up on your home, determine how much you paid for it, figure out your council rates bill, and so on.

There is no reason to brag about how much money you earn. If you do, people may get annoyed with you, treat you differently, or even look at you as the reason that they can’t get ahead.

As your money and wealth grow, you need to be smart about protecting what you have. Not only to ensure your wealth is guarded against those with ill intentions but do not have all your finances in just one spot.

Protect your wealth by creating a diversified portfolio and moving money into various accounts or assets.

It’s okay to treat yourself and use your money as you please, but doing so in some ways can also bring much-unwanted attention.

Don’t be flashy on social media as it could alert thieves and criminals, but also generate an image you may not want to portray. Who really wants to be that person that has to post online everyday showing how rich they are?

Keep your new cars, designer clothing, jewelry, and so-on to yourself as much as you reasonably can.

5. Buy things with a purpose

Buy with a purpose and purchase things you like for yourself, not to show off to others or brag.

More money and wealth can afford you more, but you still want to have a basic budget or spending cap.

The last thing you want to do is begin blowing through your money because more is accessible! So it’s best to keep your cost of living and overall expenses fairly similar.

Learn more: lifestyle creep and how to avoid it.

Practically this might mean praising others’ successes, steering conversations away from you.
An added benefit is that people will be less likely to wonder about your income or assets.

Empathy is another important trait in that you still relate to others and understand their feelings. By constantly telling them to put in more work or dedicate more time, you aren’t being sympathetic to their personal situations – even if that’s what they might need to get ahead!

Whether you are already a multi-millionaire, or you are working on building your wealth — the benefits of practicing stealth wealth are worth considering.

It’s one of the best ways to keep you financially invisible to most of the world and people around you. Plus it keeps you focused on the things that really matter in life.

It might not be possible if you’re a senior executive of a major corporation, athlete, or other celebrity but if you can coast under the radar, you will probably be in much better financial shape and hopefully be much happier too!

Why People Lose Money in the Stock (Share) Market, and How You Can Avoid Being One of Them

Why emotion is the enemy of investing

Property markets are booming globally, how does NZ compare?